Save time and upfront costs with

Increase your productivity and help your employees collaborate with PRO’s managed Cloud Services and Virtual Desktops.

What is a windows virtual desktop?

A Windows Virtual Desktop is a computer desktop with all its hardware at a data center instead of your desk or lap.

Instead of using a powerful computer that can keep up with your usage and stay responsive, you can use whichever device to get access to your desktop – your smartphone, tablet, or home computer (commonly named as the ‘thin client’). The virtual computer will include all your files and applications right where you left them, plus lots of computing power.

Example?
Desktop virtualization works in a similar way to DropBox, OneDrive or iCloud. Instead of keeping all your files just on your computer’s physical hard drive, where they can get accidentally deleted or suffer from hardware failure, you can upload your files to one of these Cloud providers. That way, you have access to your pictures and documents from any device, and you don’t have to worry about a single point of failure. The same logic applies to Virtualized desktops.

How does a Traditional computer setup compare to a virtualized setup? 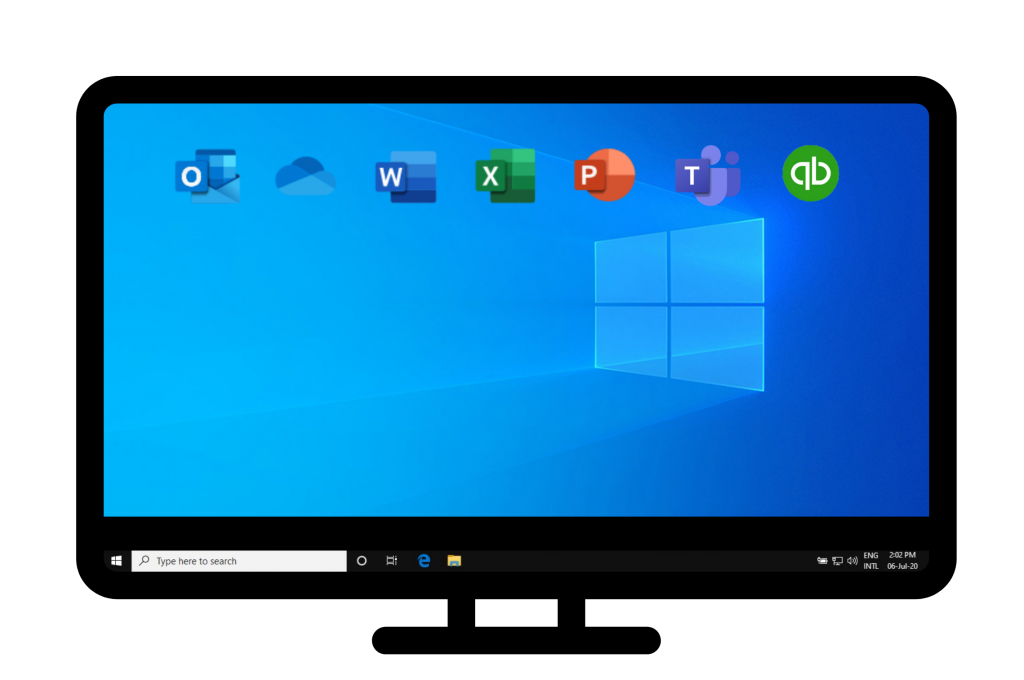 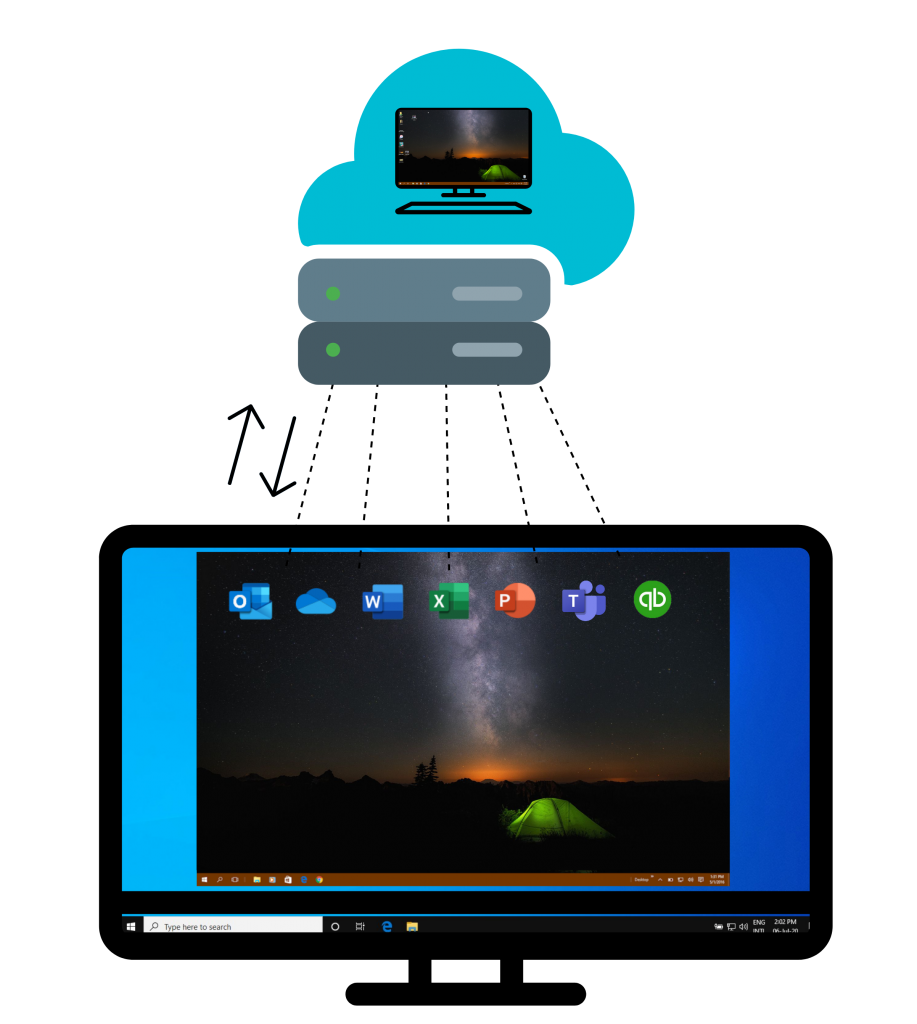 What are the benefits of Windows Virtual Desktop compared to a basic computer setup?

Your files are always safe

We include a built-in backup in your basic plan. Need a file recovered, or your full desktop rolled back because of malware? Consider it done.

Pick up where you left off, anywhere

…including your backyard, office, or cafe. All of your open files, applications, and the whole of Windows 10 will be accessible from any device, anywhere.

Instead of purchasing business-grade computers for all your employees, you can get much cheaper alternatives and utilize the WVD.

Since the virtual desktop doesn’t use any of your physical hardware, the user experience is comparable to a high-end computer – without the price tag.

Suppose an employee gets a promotion, or a new person joins your team. You need to set up their computer with all necessary software, remove the previous users’ data, and perform overall maintenance.

With a virtual desktop and Microsoft Azure, the whole setup takes a few clicks.

Your data will be easily accessible to you but hidden behind many bolts and locks for anyone else.

Two-factor authentication (2FA) and Microsoft Defender make sure no one with any ill will can see or touch your files.

What’s a temporary desktop? It’s a virtual computer that resets to default settings after the session is finished.

This makes sense for schools or other apprenticeship-type institutions and dramatically decreases the employee workload.

PRO HELPS you with:

Get more out of your budget and boost efficiency with Cloud Storage.

Using the Cloud means that you can access your company files, applications, phone system, and more over the Internet – anywhere, any time.

Migrating to the Cloud can save you money in upfront costs, maintenance costs, and a lot of time considering the convenience & simplicity.

“Is what I’m using now the best for
my budget and business type?”

There’s many Cloud Services out there and you might have questions regarding what to choose. PRO can be the reliable company to help choose the best document storage solution for you.

Your business might have a smaller budget that won’t allow for a significant initial IT investment – Cloud services are perfect for that type of situation.

The Cloud isn’t suitable for everyone, and many companies have decided to go the hybrid cloud route. That means some services are hosted over the Internet while others are only accessible locally.

Small businesses often choose to go the hybrid cloud route to minimize administrative overhead while staying within their means.

For example, you might use cloud services for sharing files within your teams using cloud-based software, such as SharePoint. On the other hand, it might make more sense to store your backups and older files in your locally stored server.

PRO can set you up with suitable Cloud applications for your business.
Using the Cloud allows you to:

GET HELP WITH THE FOLLOWING CLOUD SERVICES:

What is Cloud Storage, and does it work for Small Business?

6-minute read “Cloud storage” almost sounds sci-fi, and while it’s become a widely used term, many people are still not

HOW DOES IT WORK?

1. Call us or fill the simple form below.
We will reach out to you to ask more relevant questions about your business and get a better idea of how you can benefit from Windows Virtual Desktops.

2. We put together a plan that makes sense for your business.
The PROs advise you on optimizing your small business, simplifying management and saving money on virtual desktops. After the consultation, we provide you with a quote for the project that would propel your business forward.

3. Sit back and let the PROs take care of your virtualization.
We will put the plan to work so you can focus on your business and help your employees excel.

Superior service at a competitive price

“I have relied on [PRO] for the past two years for projects large and small.

I highly recommend the PRO team for their professionalism, superior service, adherence to deadlines, and extremely competitive pricing.”

Ready to discuss your cloud needs with the pros?
It will take a minute, and you get a customized quote.

GET A FREE QUOTE 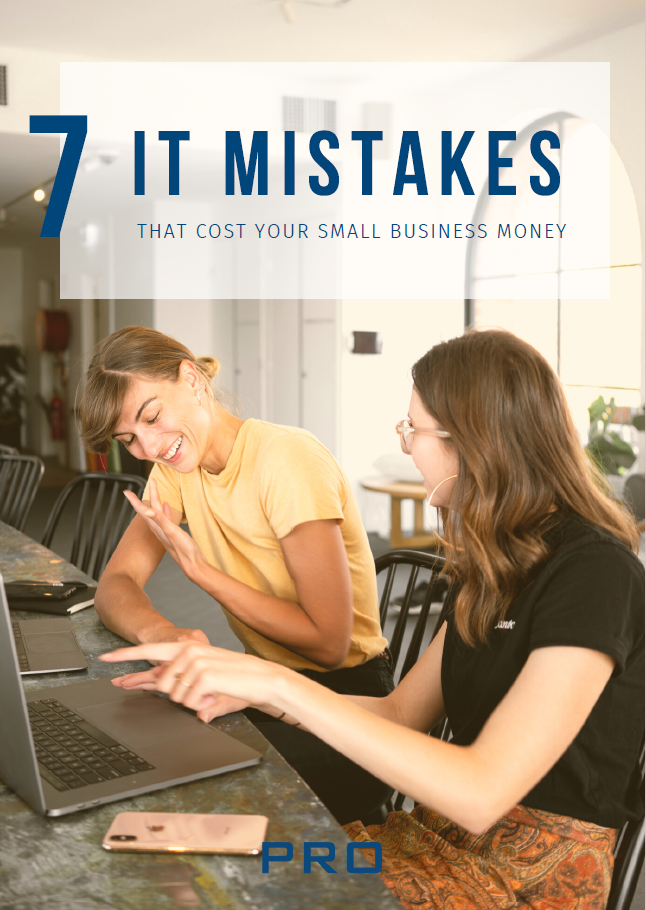 How much money are you losing?

Get a free copy of “7 IT Mistakes that cost your Small Business money” and start running your business more efficiently!